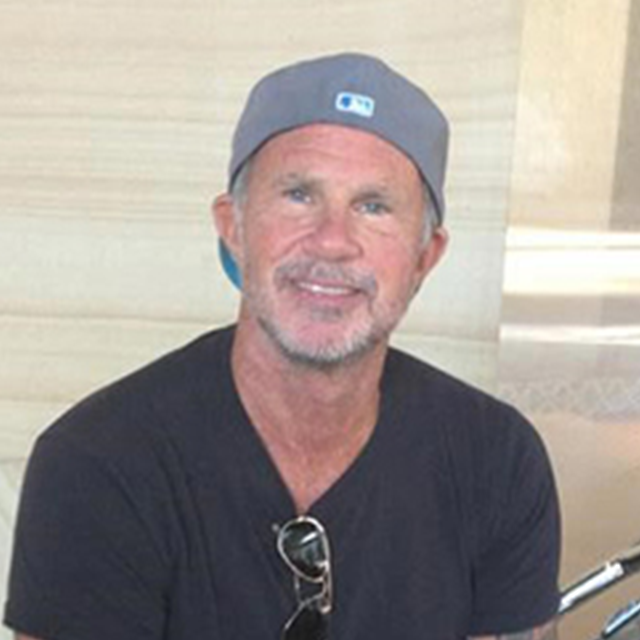 As a member of pioneering, award-winning superstars Red Hot Chili Peppers—which he joined in 1988—Chad Smith is widely regarded as one of music’s most accomplished drummers and articulate musicians. With the Chili Peppers, Mr. Smith was inducted into the Rock and Roll Hall of Fame in 2012. He received six Grammy Awards, while two of the band’s albums are among Rolling Stone’s 10 Greatest Albums of All Time. Additionally, Spin Magazine ranked him at #10 on their list of the 100 Greatest Drummers of Alternative Music.

Musically prolific—he has recorded seven studio albums with the Chili Peppers and appears on a total of 22 releases with the band, including 23 top-ten singles—Mr. Smith has drummed for such diverse artists as Johnny Cash, the Dixie Chicks, George Clinton, and many more. He has performed on dozens of international tours and is a founding member of the supergroup Chickenfoot with former Van Halen singer Sammy Hagar.

Mr. Smith, who began playing drums at the age of 7, credits his public school education for the opportunity to excel at his chosen instrument. He’s an active supporter of a number of non-profit organizations, including MusiCares, Little Kids Rock, and Bystander Revolution, a group that speaks out against bullying in schools. In 2013, NAMM (National Association Music Merchants) tapped Mr. Smith as advocate for arts in public schools. He has spoken publicly about his passion for music education, noting “it’s proven that graduation rates and attendance are higher when there are music programs. If we don’t have them, there are people like myself who won’t be exposed to the music and arts.”

“Without public school music education I would not have been able to realize my dream and my career path. I am a professional musician today because of the music classes I had access to all throughout my public school experience. I’m living proof it works!”