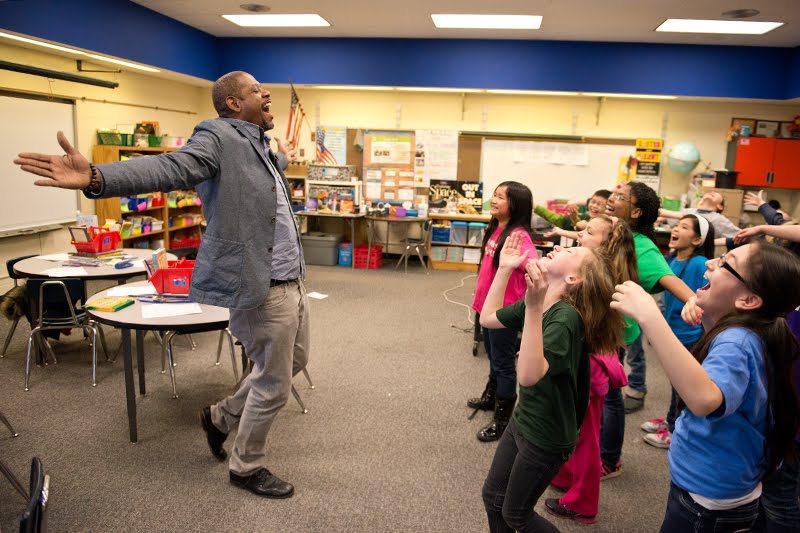 Scholastic, Andrea Cooper – You couldn’t miss the drummer in the backward baseball cap among the sea of student musicians. It really was Rock and Roll Hall of Famer Chad Smith, of the Red Hot Chili Peppers, jamming with a bunch of third graders at Mary Chapa Literacy and Technology Academy… Smith has adopted the Greenfield, California, school as part of Turnaround Arts, a public-private program developed by the President’s Committee on the Arts and Humanities (PCAH). Turnaround uses the arts to improve learning, behavior, and academic performance in some of the nation’s most challenged elementary and middle schools. Qualifying schools are high poverty and low performing, in the bottom five percent in their states. “For me to go there, it’s not a big deal— I just show up,” Smith says. “To them, it’s like, ‘Wow! Someone cares about us.’ A little bit of inspiration, a little bit of hope, really goes a long way.”