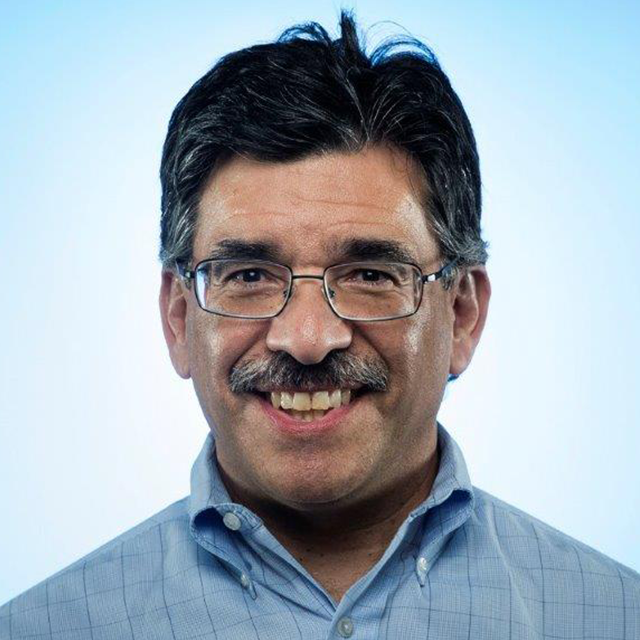 Steve Padilla is a longtime staffer at the Los Angeles Times and editor of the paper’s signature front-page Column One feature. Mr. Padilla likes to say he got his start by launching a newspaper for his sixth-grade class at Ramona Elementary School in Alhambra. “The 203 News” – after Room 203 – contained more jokes than actual news, but it was a start.

In his 31 years at the Times, he edited a wide variety of subjects, including politics, immigration, higher education and religion. He helped direct the paper’s Pulitzer Prize-winning coverage of a botched bank robbery in North Hollywood in 1997. Before assuming his Column One duties, he was an editor on the paper’s foreign-national desk, handling news from overseas and across the country. Before the Times, Mr. Padilla was a reporter for the San Diego Union and was founding editor of Hispanic Link Weekly Report, a Washington-based newsletter on Latino affairs.

Mr. Padilla serves as a writing coach – working with students and professionals — and lectures frequently about writing technique. As @StevePadilla2, he tweets about how writers can improve their craft. He is also a trained musician, a tenor with the Jouyssance Early Music Ensemble, and says his musical education heavily informs his writing and editing. In his lectures, he often notes the importance of contrast—long-short, loud-soft, staccato-legato. That’s writing, he says, as well as music.