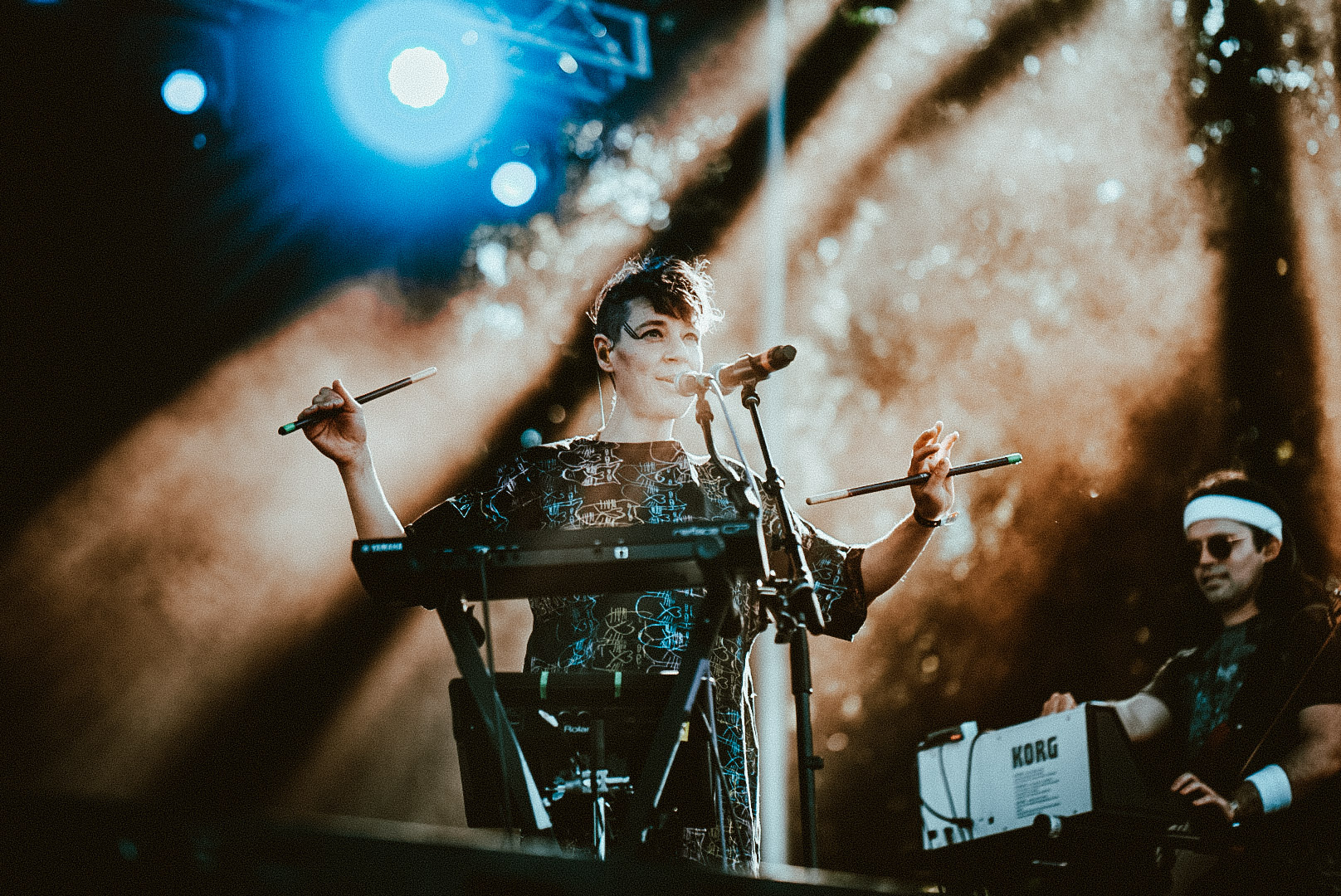 Tune-Yards was formed by Merrill Garbus in 2006, and that band name has ever since been synonymous with forward movement—whether because of the group’s explosive performance style, the always-surprising way in which their songs unfold, the danceability of the music, or the connections Garbus highlights between song and social consciousness.

First gaining notice with the debut BiRd-BrAiNs, which The New York Times called “a confident do-it-yourselfer’s opening salvo: a staticky, low-fi, abrasive attention-getter,” Garbus forged a reputation as a formidable live presence through relentless touring.  She became a producer in her own right working with bassist Nate Brenner and engineer Eli Crews on 2011’s   w h o k i l l, a startling and sonically adventurous statement that led to a whirlwind period where the band accrued accolades from critics (including the #1 spot on the Village Voice’s 2011 Pazz and Jop poll.) In 2014, Tune-Yards released Nikki Nack, and through touring and licensing music from that album, they raised money to begin The Water Fountain, a fund for water-related causes which has donated over $75,000 to various nonprofits since its inception.

Tune-Yards has collaborated with Yoko Ono, Laurie Anderson, David Byrne, Mavis Staples, and others.  Their latest record, I can feel you creep into my private life, was released in January of 2018. A fully collaborative effort between Garbus and Brenner who co-wrote and co-produced the record, Garbus’ lyrics explore her place in the world, ruminating on race, politics, intersectional feminism and the environment.  Rolling Stone called it, “an LP determined to conjure kinetic joy while staring down our present cultural fright show.”

Garbus currently curates and hosts a radio show dedicated to showcasing female-identifying producers on Red Bull Radio. Garbus and Brenner recently scored Boots Riley’s acclaimed film, Sorry to Bother You.  Both will continue to produce music for Tune-Yards and for other artists in the coming year.