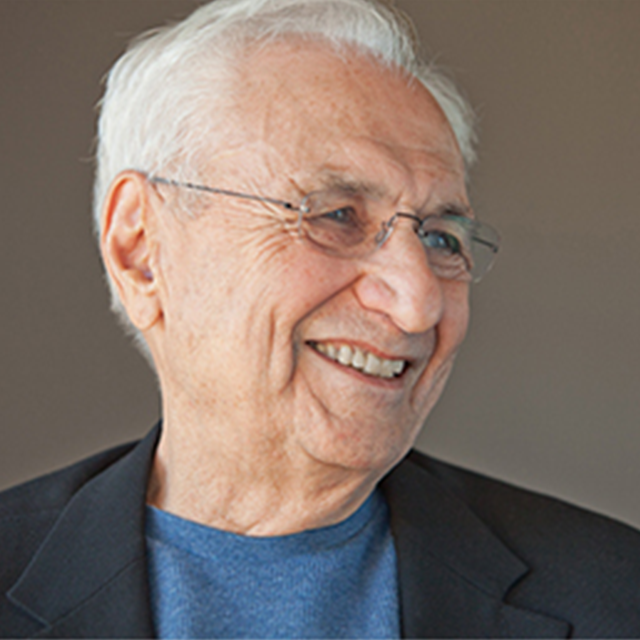 Frank Gehry is one of the most renowned architects in the world. He was raised in Toronto, Canada, and moved with his family to Los Angeles in 1947. Mr. Gehry received his Bachelor of Architecture degree from the University of Southern California in 1954, and he studied City Planning at the Harvard University Graduate School of Design. In subsequent years, Mr. Gehry has built an architectural career that has spanned over five decades and produced public and private buildings in America, Europe and Asia. His work has earned Mr. Gehry several of the most significant awards in the architectural field, including the Pritzker Prize.

“Every child should have access to art and creativity in school. No matter what career path they choose this creative play sets them up to trust their instincts, believe in themselves and to solve problems. I was afforded this as a child, and it changed my life.”